Mr. Chapman joined the team at BEE Consulting, LLC in August of 2016 as a Testing Technician for BEE’s Testing Department. Quickly learning the ropes, Mr. Chapman was promoted to a Project Inspector in January 2017 and then to Senior Project Inspector in September 2018.  His duties in this role consist of inspecting buildings for compliance to codes. Other duties include completing inspection reports, and mentoring entry-level technicians. In March of 2022, he earned his Registered Roof Observer (RRO) designation, and in April of 2022, he earned the Registered Exterior Wall Observer (REWO) designation, both valuable tools to provide for our clients.

Prior to working at BEE, Mr. Chapman was a Material Handler with the Fluke Company for four years. During this time, he determined shipping charges and processed shipping documents, received, unpacked and stored material for factories. He also became certified in various forklifts and was recruited onto a Kaizen team because of his attention to detail and aptitude for problem solving.

Before working at Fluke, Mr. Chapman spent eight years at Haggen, Inc. as the Store PIC (Person in Charge). He managed multiple departments and crews, implemented effective ways to accomplish the company’s goals, monitored product levels and ordered as needed, built relationships with customers, and found innovative ways to meet their needs.

Mr. Chapman was a volunteer Firefighter/EMT for Snohomish Fire District #4. He has also participated in a local self-help housing construction project where individuals or families construct their own homes. The group members provide most of the construction labor on each other’s homes, which he completed in December of 2017. With all his experience and various skills, he is considered to be a valued member of the BEE Team. 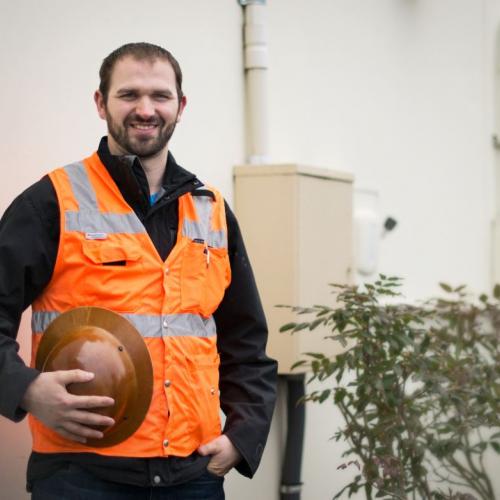