Mr. Smith joined BEE Consulting, LLC in November of 2007 and currently serves as a Principal Engineer and General Manager. As a Principal Engineer, Mr. Smith’s responsibilities include consulting on multiple projects that include building envelope design for commercial, residential and municipal construction. Mr. Smith also conducts failure analysis of construction defect issues and forensic engineering for attorneys and insurance professionals on legal cases. Prior to being the General Manager, Mr. Smith served as the Operations Manager, ensuring and improving the productivity, efficiency and profitability of departmental operations. In August 2022, Mr. Smith moved into the General Manager role. As General Manager, Mr. Smith oversees the company’s overall operations to improve efficiency and profitability.

Prior to Mr. Smith’s employment at BEE, he held a position at Orbital Science Corporation in 2005 as a project engineer for the Launch Systems Group. He was assigned to a government contracted family of target vehicles that were in the design and development phase. His duties included design of handling, transportation and storage for the target vehicles. In 2006, Mr. Smith was placed on a project with a target vehicle in the manufacturing phase. His role as the primary mechanical engineer entailed supervising vehicle integration, generating test and integration procedures and verifying as-designed components. He served as a Level II, Mechanical Engineer by the time he left Orbital in 2007.

During Mr. Smith studies at Arizona State University, he assisted his advisor as an undergraduate researcher in 2001. He was teamed with several graduate students to conduct research on Computational Fluid Dynamic simulation software. His duties included model generation and post processing data extraction. In 2003, Mr. Smith took an internship offer at Honeywell Aerospace working with the Science department. His role was to support the Stress Analysis Team by conducting vibration analysis on aerospace components using Finite Element Analysis software and creating material databases. 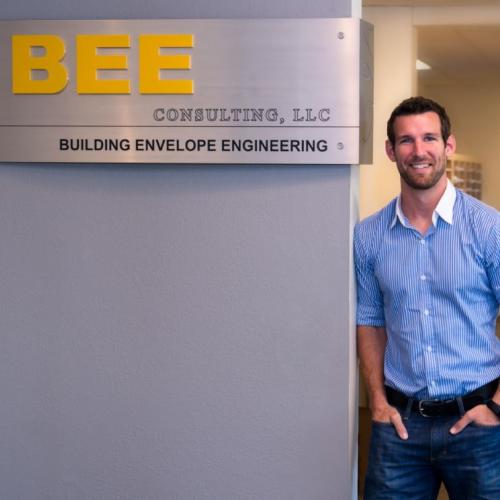